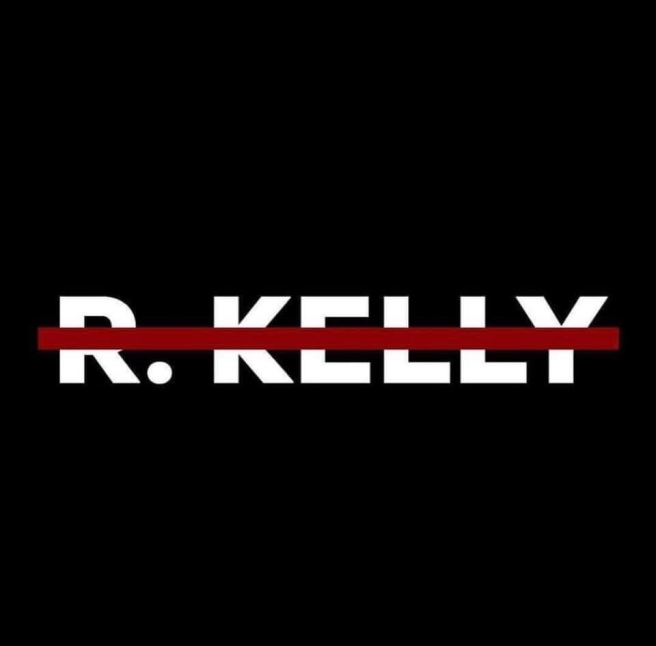 I remember when ‘Your Body’s Calling Me‘ was played on the radio and in school dances when I was middle school. I remember listening to ‘I Can Fly’ from the Space Jam soundtrack. I remember how Columbia House would send out the brochures to by CD’s and R. Kelly’s albums were always listed.

I am also old enough to remember Aaliyah. How pretty she was. How talented. I remember how the world whispered about how she and Robert Kelly got married, and were actively having a relationship—while she was underaged. At the time, it was a rumor. Fans knew this was happening, but just thought that it was rumor. At the time of the rumors I was 12, in seventh grade. Just three years younger than Aaliyah was when she married R. Kelly.

When the marriage license appeared with her name and altered age on it, the whispers got louder. Yet, when Aaliyah went on to collaborate with the dynamic trifecta of Missy Elliot,  Timbaland and Magoo, the whispers became vicious urban legends! To the world outside of Chicago, those whispers went away.

I waited until the seething Mama Bear rage settled before I could write any thoughts down. I thought of the phrase used by the writer Jamilah Lemieux in an 2018 interview that we live in a ‘both/and’ culture. This means two things can be applicable to the same person–and both can be true. R. Kelly can be/is a musical genius and a sexual predator. In looking at this documentary, as a survivor of assault, I was incensed. As a mother, I felt helpless. As a woman of a certain age, with certain parents? I was in disbelief. 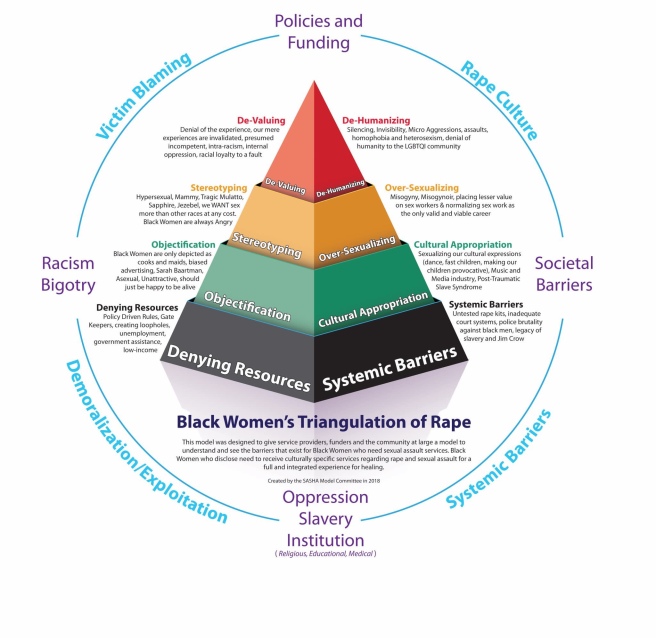 It would be easy to start this as a tirade against parents and all permutations of caregivers. What often has gotten missed in this, this open sewer of pain, sorrow and disbelief–are the girls. These young women in a society that never sees them as children. Never gives them the chance to be girls. The society by which we live, in its current permutation makes sport of devouring Black women and girls.

When things like rape, molestation or any sexual violation happens to young Black girls, whether by family, family friends or coaches, the immediate thought is not always for her care, but how many people know. Second is the containment:  how can we minimize the damage and people talking about it? The effect of the trauma is not often addressed, recognized or taken seriously.

They did the dances.

They bought the music.

And their good time was more important than the girls that were impacted by the man that calls himself the Pied Piper of R&B. I believe the women. I believe the stories they are telling. I believe the trauma is real. I believe too often the Black women and girls are overlooked in matters of trauma.

This is not so.

This just normalizes abuse and trauma, the two things which are never supposed to be normalized or desensitized towards! For if we are, then we are the same as those that offend, perhaps even bigger monsters than they! In the insidious nature of life after trauma, when someone whom was victimized is not believed this creates further conflicts when new cases of abuse arise! Sometimes when those previous victims are not believed, they may not believe others.

When I saw the interviews and montages of female R. Kelly fans dismissing this allegations as if these young women meant nothing? My heart broke. When I heard women that I work and associate with, say that we should not be focused on this but on other gubernatorial issues? All I could do was shake my head. What more could I do? The community by which has given me so much, nurtured so much, and spoken so much into me–does not have the wherewithal to walk and chew gum!

There is an ability to have a two things be true at one time. The communities of people of color are some of the most diverse in the all the world. And they can be the most isolating and alienating. They can be communities resistant to change, loyal to antiquated notions of tradition and ensconced to the idea of primo geniture.

For all my childhood, I heard two terms:  fast girl or fast tail girls. I am unsure of what any of those terms mean. I knew being fast meant that I was sexually available. I knew that being a fast tail girl was worse! But what I never saw/heard was any derogatory phrases ascribed to men that chased after these types of young girls. There is never enough spoken about the men, regardless of demographic, to be accountable! The #MeToo movement has become the Boogeymen of every wayward behaving man.

However, this does not diminish the long-lasting effects of trauma on young Black girls. Whom then grow up to be Black women whom learn that they have to protect themselves. Be their own advocates. Make their own noise, and become the superwomen they were taught to be because there is no other alternative!

It is not the development of the known form of woman–the things on a woman’s trip to ooh and ahh about–that make a girl ‘fast’. The development, the fascination of the Black female form has been exploitative since Sara Baartman. It is for and because of that lust when girls develop they cease to be seen as young girls. They are sexualized and taught how their bodies are these living temptations, irresistible to men. Rather than enforce how to teach young men the value of women, it is easier to teach the punitive nature of the female form.

How breasts are shameless and legs remain covered and to be kept and the shape of rumps to be disparaged.

A writer associate of mine, Ashley Yates, said this late last year: