*NSFW:  This piece is autobiographic, and written in response to the passing of  what is  commonly known as the Heartbeat Bill in the state of Georgia. Unless you are a woman faced with this decision, do not be so quick to dismiss those of us–yes, us–whom have had to walk this decision out. Telling no one.  All names are used. No punches pulled. 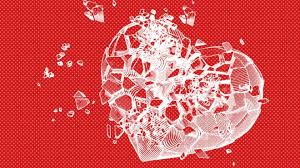 I was 19 when I found out I was pregnant.

I was about 6 months from my 20th birthday. The young man I had been seeing knew before I did. So he said. I remember how tired I felt. I remember how hungry I was. Like all the time. I remember I got the reminder in the mail about my Well-Woman Exam. I scheduled it, praying that I would not be pregnant.

Dr. Ferris’s office in Clayton, Missouri was sterile. It was like the front room of my grandmother’s house. It was a place that you weren’t meant to be comfortable. I filled out the intake form and waited for my name to be called. When the cheery voice from the oak door, I put my hands in my grey sweatshirt and followed the White girl with blonde hair to the empty room.

This nameless girl in the pretty scrubs took my weight and asked me how I was. She asked what brought me in. “Well- woman exam.” I answered the harang of questions that followed.

“Are you sleeping okay?”

“Are you sexually active?”

I paused, mouth dry. Blonde ponytail looked at me. I scrunched my face and made the could be/maybe/a little bit sign with my fingers. As if she were a magician, she Blonde ponytail produced this specimen cup with a white lid. “Okay, go ahead and pee in this for me. Leave it in the metal window in the restroom.” She walked me to the bathroom, I followed her in my white Tweety bird shirt, jeans and sneakers. Blonde ponytail said to return to the exam room when I was done.

I went into the maroon colored stall, deft at peeing in this cup and putting it in the designated area behind this small metal door. It was like a mystic pee microwave. It was life-changing, would be life-changing.

I walked back to my room, sat on the edge of the examination table. I remember looking of my denim clad thighs, wishing my was empty. Hoping it was empty. I closed my eyes, tried to imagine telling my mother that I was pregnant. Pregnant, unmarried, with no bank account or driver’s license. I was pregnant by a man that she didn’t even like, or want me with. I thought about having to tell this man, that I believed loved me, that I was carrying his child.

Dr. Ferris came into the room, her tone devoid of any warmth. I remember her being this petite, brunette White woman with a white lab coat longer than she was tall. She looked more like an angry math teacher than a OB/GYN. I remember she spoke to me. I think I spoke back to her in the same curt tone. She had her back to me, fiddling with and on the small white counter about the size of a microwave cart.  I was looking t my thighs again, swinging my feet as I did when I was a smaller girl. Kicking the air to try and find footing in a stressful situation.

“I have the result of your pregnancy test.” she didn’t turn around. “It’s positive.” My heart stopped. I couldn’t breathe. The way she said it? The tone was if I was about to be put in time out! The well-woman exam was a blur. I remember her doing my breast exam. I remember how tender my breasts where. I remember telling her that I didn’t know what I was going to do, or how to tell my mother.

I thought about the conversation I had with the father of my child. He had a son, and was barely taking care of him. We talked about keeping the baby. I wondered if I could really do that. Could I really be someone’s mother at 19? She left the room after the exam and told me to get dressed and follow her to her office. No warmth, all the charm of a prison guard.

With my protective hoodie on, I sat in her office. She sat in this Alice In Wonderland sized mahogany chair. She told me my due date would be sometime in January 2001. “I’m not going to tell you what your options are. You already know.” Dr. Ferris said. I didn’t want to cry in this office with this small version of the Red Queen. I willed the tears back, and my throat was hot and dry. “I don’t know how I’m going to tell my mom.” I told her. She wished me luck, and I left as quick as I had come.

The father of my child was the 20-year-old named Dominic. I called him from the phone in the waiting area. I told him I was at the doctor’s office and that I was pregnant. I remember him saying, “Okay. So what do you want to do?” I told him as clinically as I could, “We do what we planned.” I couldn’t mouth, or say, the word abortion. I couldn’t believe I had even considered it. The fact is, it was him that suggested it! I said to him that I wanted to keep the baby. My faith told me that abortion was murder; premartial sex was wrong. Due to my inability to not be unnaked around him, I got pregnant. He told me if we were to give the baby up for adoption this exact quote:  “We would just have to go back and find it anyway.”

That devastated me. I cried for days. Days. I was sick. My head hurt constantly. And there was no support from Dominic. None. The money to pay for this abortion came from birthday money an ex-boyfriend sent me. I had gotten home that afternoon on the bus, and relieved the house was quiet. At the time, there was a Planned Parenthood on Forest Park Avenue here in St. Louis. I looked up the number in the phone book, and called. I got some information from the operator that was more cheery than Dr. Ferris would ever be.

She asked if I was pregnant. I told her I was. She asked me how far along I was. “I don’t know.” I told her that I had just found out. “If you want a proceedure, from 6-12 weeks is $320.” I closed my eyes, still listening. “From 12-20 weeks, its $520.” I told her I didn’t think I was 12 weeks. “I think I’m 6 weeks.” I said softly. She told me she could schedule something within the next 2-3 weeks. I remember it was a Tuesday that we settled on. “Come early before the protestors get here.” Protestors? The thought hadn’t entered my mind that there would be anti-abortion activists there! It didn’t dawn on me that I could be hurt, the facility bombed or any other dangerous thing to cause harm to me if/when I went! “Okay.” She repeated my appointment time. And I hung up the phone, feeling nothing–and everything.

One thought on “My Heartbeat Bill, Part 1”