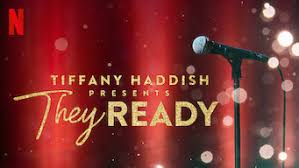 This is cultural colloquialism which means to give someone you know a chance or opportunity; in a field you are familiar with or currently working.

I am a fan of Tiffany Haddish!

I love that she is loud, so Black and hood in white AF in white spaces. I am familiar with her story. I know that she was almost functionally illiterate. I know she was living in her car. I know she was doing comedy, when Kevin Hart talked to her. I know that he gave her $300 to get a hotel for the week. But what I also know is he put her on.

He saw her talent. He spoke to it. And he gave her an opportunity.

That is beauty of the put-on.

In watching this series on Netflix, what I heard so often was, “Tiffany came and got me.”

“Tiffany and I had  pact that whoever went first, they would throw the rope back. And she through it back.”

There is a power in maintaining space, but it is a totally unique power to create it! What Tiffany did is not forget the people that grinded with her, laughed with her, cried with her–and hustled together. It made me so happy to see!

A Black woman, whom is making and solidifying her own career, made a space for other women, especially those that look like her! This is the power of a put-on!

Let me explain this a little further. 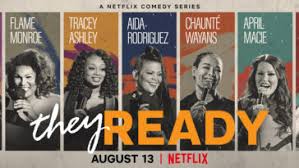 THE POWER OF THE PUT-ON

My best friend and I call this ‘putting someone in the room.’ But I like to use ‘the put-on’! This means that you know someone with skills, talents and abilities that someone needs to see. It means you have decided to build as you climb! The goal of it is visibility by an means necessary. The glorious thing, the beautiful thing? The put-on is a ripple in a pond. It provides a space for talent to be discovered and seen by more than just the person that put you on!

But what is the most important thing about the put-on is being able to give shine to people whom may not have it before. Or giving unique opportunities to those whom may never have had them otherwise (classic example:  the Wayans)!

The put-on is a best kept secret, and a card not often played. Why? The fear of other people’s greatness and competition. The put-on nullifies that! It grants presence to people whom need it the most! Or, sadly, may not have ever had it.

The beautiful thing about the put-on, is you don’t have to do anything but open a door. Or drop a card. Or a name. Even, in the case of Tiffany Haddish, go back to where it started–and some folk that people need to see.