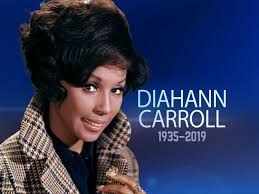 I heard this news after getting the best news in regards to my youngest daughter. I cried tears of joy for her. Then my heart broke knowing that a woman that I had respected, saw myself in, had left the world.

We go a long way back, me and Diahann. My middle name is actually a take on one of the characters that was on Dynasty. I remember my mother and godmother talking about this woman named Dominique on the show. And how she was always getting into it with Alexis Carrington (Note:  I never thought Joan Collins was particularly pretty or talented). But I remember the first time I saw her.

She was in this fur (as always) and makeup brilliant, and her hair was down, and she had slapped the stupid off somebody!

It wasn’t until I had gotten to college that I realized how dynamic, how special, she was. I hung on every word she had ever said. I made sure I studied her mannerisms, her voice–and when I found out she was in Carmen Jones with Dorothy Dandridge? Chile, it was over!

There was something about her that I was drawn to.

My mother has this intangible class about her. Like Phylicia Rashad. Like Diahann Carroll. They were Black, moving through these hurdles life threw at them. Without becoming a stereotype, a mammie or a wench. I loved Diahann Carroll the way I admired my Mama. I have always said I wanted to age like Diahann Carroll. I saw her in me and me in her. 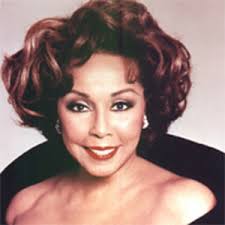 This mixture of grace, class and tenacity–I saw that in myself. I saw that being both Black and girl, not Black and woman, these stereotypes thrown on me were–were wrong. I was more than what I saw in North St. Louis.

There was more to this being a Black girl than what I was told I had to be.

My grandmother died 6 years ago–this year she would have been 90. I find it interesting Diahann Carroll, too, was 84 when she passed. Realizing that she was gone, is gone, was like losing my grandmother all over again! My younger sister told me that I am ‘too emotional’ when people die. That I am too emotional! I’m too passionate!

That is a slick way of saying I am doing the most. But you know? Most artists do the most.

In her passing there was a quote that she said which I will add to my own cupboard of wisdom. In pursuing acting, she had naysayers. She had detractors. She had people that thought she should most definitely do something else! But she said this:  “I didn’t want to be afraid of anything.”

This is what I will learn on, what supplements my desire to write and create. I don’t want to leave the world having been afraid. Having been subject to the opinions of other people. Having held on to things which will never add to me or the world around me. I do not want to live this life afraid of what it is I am supposed to and mean to do.

I want to live this life fearless, and flawed and loud. I will not leave it with a whimper or whisper. The crucial thing I learned from Diahann Carroll (even Jenifer Lewis), is to keep going. That nothing will be given to me–and it will be hard fought for in some cases. But it’s worth it. Just because people can’t catch up doesn’t mean I slow up.