Note:  This’ll be a long one. Get snacks. “Remember, all writing on some level, is prophetic.”

I got the stole that shows I am a daughter of a Kappa Alpha Psi–part of the legacy of the ‘Divine Nine’. I cried when I got it and showed my mother. Whom tried not a cry I’m sure. It made me miss my father so much. But what struck me was what my father said to my mother often:

“One day y’all we just sit around and talk about me.” And he would laugh. Often times, I truly do. And I tell my mother, “I’m telling my Daddy! Wait till I see him next!” But in that, this was the same man that made me amazing, and formidable, whom thought I couldn’t do it. Whom thought my talents were better suited to medicine.

Yet, here I am. Writing. Healing. Reminding other people to live.

I’m going to teach. I am going to instruct. I am going to be a gatekeeper, a way-maker and a light. This is something much more than I could have ever done as a cardiothoracic surgeon.

Yes, I wanted to be a surgeon.

This week, I had to wrestle with that–these two selves.

The portion of me that has always been creative, and loved words. Who wanted to be a college professor NYU. Who wanted to write for (never failing) New York Times. The self that knew since I was ‘making books’ at age 7, keeping my hardback copy of Sherlock Holmes (given to me by my father, mind you!) with me in my backpack, knew that writing was what I wanted to do. I knew that I was a writer. That same radical belief in self that Howard O’Brien (known through the world as Anne Rice) had.

This is the trouble in being a young, gifted and Black. People automatically want to steer you from the Arts. They disavow what you are naturally drawn to, enforcing their own selves upon you. I then realized when I lost it: when my father died. I was 17.

I was 17. Angry. And a high school Senior. My father died in December 1998, and I graduated in June 1, 1999, at the age of 17 years, 11 months and 23 days. I hadn’t applied to colleges anywhere! And I applied to nursing school out of necessity–of not wanting to be home. Nursing was what my father thought I should do. I had told him at 12 I didn’t want to be a doctor anymore, that I wanted to be a writer. The moment he told me, ”You can’t eat with an English degree!”

I hated him. I really did. I was livid!

Shouldn’t go to school to write?

Why would he tell me I couldn’t have what I wanted?

And he died with me hating him; the man that made half of who I am. I  was in that vortex for about 3 years. From 18-21. I stayed with a man that I never should have spoken to just so I wouldn’t have to be alone.

Nursing, medicine, never felt natural to me. I could do it, because I was smart. I could make the information stick–and spit it back. I could memorize, mimic and repeat. But it wasn’t a perfect fit. Not like words are and could be. I was taking 2000 and 4000 level English classes to take the edge off my nursing prerequisite classes! Who does that?!

I needed the words, the writing to not go mad.

When I became a mother, I latched on to nursing because my ex-husband wasn’t reliable and I knew that he wouldn’t be the father he needed to be.

Nursing would allow me to write. You see, I was always going to get back to the writing–that is who I am. On a basal level:  I’m a writer. Nursing would give me the flexibility to write. The financial stability to write. It was my current husband that told me, upon seeing all my work, “College is too expensive to not do something you don’t want to do for the rest of your life.”

This is when the ground started to shift under me. And from that shift, I couldn’t give my focus back to nursing. I couldn’t do it. And when my financial aid ran out? That clearly was God’s way of telling me, ‘This is as far as I will let you go. You literally have run out of room.” In that devastation (my housing was tied to school–if I couldn’t pay for school I had to move), I turned back to writing.

I got my footing back.

My beloved cousin, Jason (whom is more brother than cousin at this point), told me, “You’ve always had that fire. If anyone was going to tell the family what they were going to do, it was going to be you.” And I grinned. One of the reasons why Jason and I are so close is because he, too, is an artist. He, too, is one that desired to do what he wanted regardless of who thought what! Jason was an anchor–and I loved him for that.

He believed in me. Always. 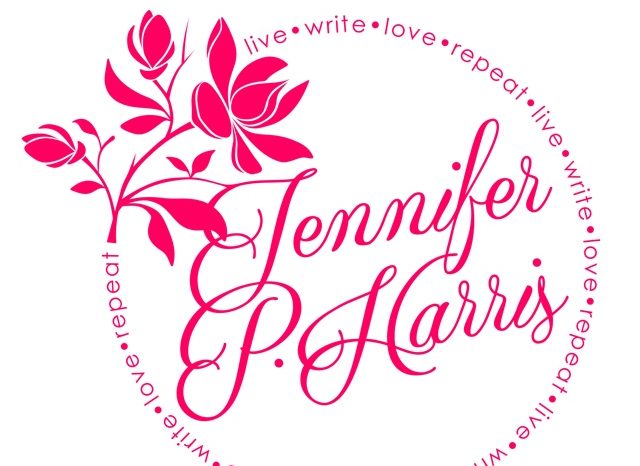 From the footing, from the regaining both sight and confidence, I know–more than I did at 16–that I am a writer. Words are what I do. And I do them better than the average person! I own my swag. I’m not afraid to brag!  I worked hard to get back to this point.

I remember there were days I would cry because all I wanted to do was write. I wanted write. I would cry for it like it was my only love. Only other writers know that kind of pain. Only other artists know what it’s like to be bottled up, stopped up, and unable to get what is inside of you out.

Think of it like Denzel Washington (Blue) in Mo’ Better Blues when he blew his horn when Spike Lee’s character was getting beat up in that alley. That’s what it feels like. Audrey Lorde said that one is only given a little fire:  you have to believe you have it though.

And this week, I believed a little bit more that I have it.

I am going to decorate my cap, a picture of Jean Grey as Phoenix, with her face brown with these three quotes:

“If you surrender to the air, you can ride it.”- Toni Morrison

“I am deliberate and afraid of nothing.”-Audre Lorde

“If they don’t let you in the front door, go around to the back. If the back door is locked, buss a window and jump in.” – Dr. Richard L. Bush

There are three weeks between now and the next step–that being grad school. The GRE. An MFA. Writing samples. Doctoral programs. Professional Mentorship. Going to Las Vegas for my first Sigma Tau Delta meeting next March.

It’s time I soar. But to do that, I had to give up all the stuff that weighed me down. And sometimes that is the hardest thing to do…the weight can be comfortable. But that don’t mean it ain’t heavy. The weight held my wings…but not anymore.

I fought to get these muscles, this sight, this talent back…I’m not giving it back. I’m not turning around. I cannot help but be excited about where I am going next. I have surrendered to the air–and will ride it.