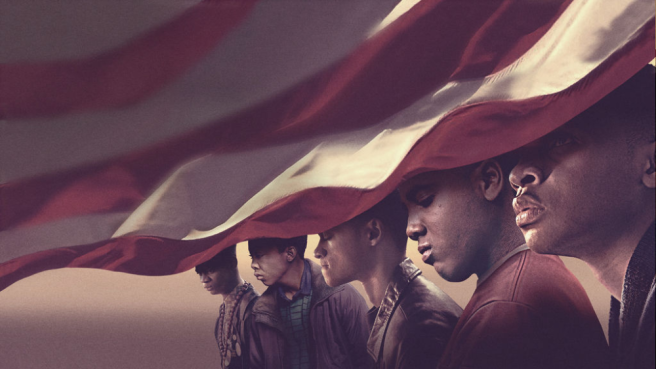 I really can’t.  I tried, dearest ones. I was prepared to go in, let have and bring every linguistic dragon I could think of.

But in times like this? Mane, it would seem that the boys in blue hate the boys in Black skin. I don’t, we don’t, have the luxury of taking off skin. As a mother, sister, wife and daughter, I could not suffer my heart to be snatched through my chest through the incarceration of the Central Park Five (CP5). I could not do it! I know they are all out now, and out their money and trying to do as best as they can. But that doesn’t erase what happened to them, the time stolen from them, or change the fact they were sacrificed to further the career of Linda Fairstein and Elizabeth Lederer!

But I wouldn’t be me, if I didn’t add this as I hasten to close this piece.

WE TOLD YOU SO.

We as communities of color, as Black people, as Brown people told you that the police can be, are, can be seen as the biggest organized crime syndicate ever constructed. We told you the police pull us over just because we are there, have a nice car, too many people in it or in the wrong neighborhood.

We told you that they beat up my brother in Baltimore.

We told you the police officer hand no reason to stop the girl he wound up raping.

We told you that police harass Black children. Try to interrogate them without parents. Or concern. Or regard for any future they may have.

We told you that police lie to Black children.

What Ava DuVernay has done is pull back the lies told by this police-positive narrative shoved at a non-minority people to not challenge badges and uniforms. She, through the vessel of art, showed the world–through the intersection of Blackness and humanity—the Central Park Five are more than articles. More than these monsters or mongrels the current POTUS believes should have gotten the death penalty!

Trauma is not for public consumption or amusement. But when you focus trauma, revealing its source, that is when you can harness it as a teaching tool.

There are so many exonerations happening now that judicial reform is something like rain–it is inevitable. It is impossible to ignore. The cry of ‘there are good cops too’ are hollow. They are shrill. And they are not followed up by any action which would empower these phantom ‘good cops’ to hold these blue monsters accountable.

The excuses are over, fam.

The jig is up.

In the immortal words of Cathy “Mama Cat” Daniels:

“We know that all lives matter, but for right now? We gon be specific.”