This one is a personal fave! This was written as a poetry exercise in Dr. Wall’s Introduction To Poetry class in Fall 2011. We had to write a poem about one of the items in the room. I chose this pretty, ornate black and gold fan. Imagination took over from there! -JBHarris

Under far off light, as hard shoes

Lay waste to the ground beneath

His hands make melody of her skin,

Whirling her back and forth,

The coal halo about her

Of her neck and shoulders.

Notes course through the veins of her

Recipients, with her beauty as

Its pulse, hiding the purpose of every

Glance behind a glided fan.

Relaxed now as her rhythm has

Given way to her sway, perfume

Lingering over tablecloths as

Moonlight on water, the halo

Rock of her back and shoulders.

The pant of every man her

Name as they desire to be the

Cool air that sweeps from the

In February 2020, I came across this project called ‘Hoops’ written by Nicole Acosta. This project talked about this ‘trend’ of hoop earrings, and how popular fashion magazines have deemed something Black and Brown women have worn for generations. Generations. With that said, here is my take. Please see (and read) the articles referenced. -JBHarris

My hoop earrings are the most chic Teddy Bear I could ever, ever own! These are the earrings which make me feel the most formidable and feminine. They are the signal that I am not to me messed with, and I see everything–even the stuff you think I don’t! They are ancestral, and cultural. They are my reminder of my past life a Queen in a land untouched by colonization. They accent my features, elongate my neck, and make my eyes shine like diamonds.

There are certain things that Black women do that cannot be replicated on other women. I am aware it is not just Black women whom wear hoop earrings. I am by no means saying you have to have to be Black to wear them! But I am saying is hoop earrings are a Black girl cultural staple. They are a staple for Latina girls. Some stuff just belongs to people! So, since it belongs to people, people outside of that space or culture can neither claim origin or ownership.

This is cultural appropriation.

Just like Becky and Karen feel they can wear cornrows and hoops and claw acrylic nails as costumes (yes, YOU, Katy Perry!)–you will not demean US for wearing the same things as we move about in the world.

Even typing this, I’m wearing my hoop earrings with my favorite hair wrap. And I have never felt more gorgeous. Besides, after this quarantine, I get to give my oldest daughter her first pair.

It is no secret I am a fan of the dynamic, richly talented, Issa Rae. I believe she is amazing, insecure is brilliant and I am here and present for her next movie.

Now, with that said, let us continue.

Issa Rae is known for her quotes related to the power of the grind, how the hustle is ongoing, and sometimes the best networking is done laterally. She has said (as it relates to networking) to ”see whom is along side you, who is just as hungry as you.” With that mantra, she has taken her Awkward Black Girl series–originally on YouTube!–and parlayed this into a full-fledged acting/producing/writing career.

I am proud of her.

I am so proud of her.

With that said, I am tired of the Black Culture Collective coming for sis about trying to remake the FUBU classic, Set It Off. Mother Vivica A. Fox said she shouldn’t remake it and something akin to ‘Getcha own shit.’

With that said, I know what it is like to be a writer/creative person and see something in the media that you want to put your stamp on. I get it! I think one of the reasons her desire to redo Set It Off has pissed so many people off is the films in the *FUBU canon are–hell, sacred! They are movies that depict Black life, with believable Black characters, whom are visible and believable to an audience that doesn’t just consist of Black people. This phrase–FUBU Movies–I got from Gabrielle Union.

I get that Issa Rae wants to revamp it! In the age of remakes, live-action fairy tales and the juggernaut of the MCU (that sometimes strays from its own source material!), writers like to revamp and reimagine. I get it. However, the nerve I believe Issa Rae has now hit, split and frayed relates to visibility.

Why would a Black woman want to redo a movie made popular and successful by Black people?

This goes into a studio executive believing that Julia Roberts should have played Harriet Tubman. No, I’m not joking. I wish the heavens that I was. Click here to see that.

As  hard as  Black people have worked to even be in the entertainment industry–let alone films!–we want some things to just be ours. Left untouched. Wholly classic. No remakes.

Set It Off is a FUBU classic. People want it left alone. With this in mind, as talented as Issa Rae is, I am sure she can add to the existing canon, versus trying to recreate a portion of it.

For all of you who think writing and creation of content is so easy, you do it. Meanwhile, leave sis alone about this here! We all have to do better to get visible. The creation of Black content for film is bigger than Set It Off. Trust me.

*Some of the movies that are included in the FUBU canon are (list is NOT exhaustive!):

Boyz In The Hood

Do The Right Thing 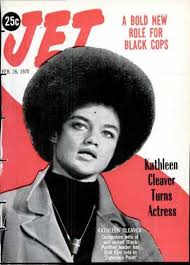 I remember my mother subscribing to EBONY and  ESSENCE Magazine when I was a girl. I remember I would pour over these magazines before I would give them back to my mother. I would even carry a copy of either or both of these magazines in my backpack or purse. They would be devoured at lunch, after classwork or waiting to be picked up by my parents after school from 6th-8th grade. 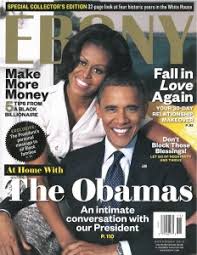 EBONY was a part of my middle school girlhood. I was a part of the ritual of going to beauty salon with my Mama. It was part of knowing who was doing what, and how many people we could identify! I remember what it meant to pick that up, see it in my house, and even in my classrooms at Yeatman Middle School on the Northside of St. Louis, Missouri in the St. Louis Public School District. I even remember some of the guys in my classes sneaking looks the JET Beauty of the Week!

And this week? I find out that EBONY and JET are firing freelancers, getting rid of other staff and these historic portions of Black media are…going away. These publications are one of the reasons I wanted to be a writer. Why I wanted to be a journalist. Why I was a fierce reader. These publications, shaped my Black girlness and emerging womaness, while collecting my collective ethnic, cultural history.

To know that this is being erased, taken from collective Blackness is the resurgence of all things melaninated, dope and from and in front of Black Jesus?! This ain’t fair! 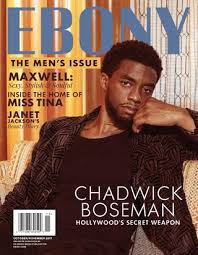 THIS IS NOT FAIR!

Roland M. Martin was talking about this on his YouTube Channel today. We know the Johnson Publishing Company, the family company that owns EBONY and JET, has had financial issues for past few years. This is no secret. But! The news that is being unveiled  now suggests that the company which has a 70-plus year history, is about to fold! Like how can this be happening!

Roland Martin was saying that there are a lot of Black media groups that have not made the adjustment to podcasting; consolidating with other media groups; valuing the building over the product the building produced. But, there is a truth to this. But the fact is we need our histories too! We need our legacies preserved too! We need to adjust with the times, too!

Twenty-five years ago? I snuck these magazines in my backpack! Now, download this from the site and follow 9 other podcasts just like it! On my iPhone! Does that mean I don’t like the physical copy? No. I still by physical magazines! But it’s the convenience, dear ones.

Just like this blog is for you right now.

But, my heart, dear ones, is grieved. I am so grieved! First the HBCU’s and now this. First the GoFund Me’s and Crowdfunding for Bennett College, and there’s about to be no more EBONY or JET in same year Blackness is about to be supernova?! This is a hellafied Faustian baragain, y’all.

Bruh, I am looking forward to being on the cover of a magazine of and because of these 26 letters I whip together all the time! I wanted my face, my staff’s face on the cover of EBONY! That is the one magazine everybody Black still reads and their grandmother and ‘nem keep in the curio cabinet! That is cultural history, beloveds. 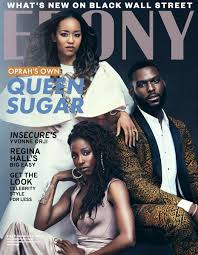 I don’t know how we come back from this one. But, I don’t want any more Black creatives or creative outlets to take unnecessary losses, dear ones. We keep saying what we do for the culture–then let’s start preserving it.